Ron Johnson and Mitch McConnell Vote “No” on Voting Rights: The Fight Continues

Last week, the Freedom to Vote Act—a tremendous and urgently-needed bill—went up for a vote in the US Senate. Every Democrat supported it. But Republicans, including Ron Johnson, filibustered it. Until and unless filibuster rules are changed, the bill’s progress has halted. Meanwhile, even though Wisconsin’s Legislative Reference Bureau completed its report and found, once again, that 2020’s election was “safe and secure,” the GOP’s sham investigations—which in fact are naked attempts to justify voting restrictions—continue.

Johnson also voted against removing barriers to vote by making election day a federal holiday, automatically registering voters at the DMV, allowing for online voter registration, guaranteeing same day voter registration, and mandating a minimum of a 15 day early voting period. The Freedom to Vote Act would enshrine Wisconsinites’ right to vote, better equip poll workers, prohibit states from banning voters from receiving food or drinks while waiting to cast their ballot, as well as help prevent harassment or intimidation at the polls.

Ron Johnson’s “no” vote was designed to prevent vitally-needed election reforms that would have protected Wisconsinites’ voting rights, and would have prevented dark money interests from dumping unlimited and unaccountable donations into elections.

By protecting the dark money influence in our elections, Ron Johnson is once again serving only himself and special-interest allies at the expense of regular Wisconsinites. No amount of dark money will be able to hide that Johnson has completely failed his duties as a United States Senator. So what now? We go local.

Voter protection—the process of working with individual voters and election administrators to ensure that everyone has the full opportunity to exercise their freedom to vote—used to be a “final stretch of the election” type priority. Today, it’s a year-round fight. We’ve got volunteers phone banking to recruit poll workers. We’ve got staff and volunteers overseeing our year-round voter protection hotline (608-DEM-3232.) We’ve got a whole team on our staff focused on ensuring that voters have the help they need to overcome roadblocks put in their path by Republicans.

And the Democratic Party of Wisconsin isn’t alone—an array of independent organizations are fighting day in and day out to protect the rights of voters and the future of our democracy.

We can and will continue to advocate for legislation like the Freedom to Vote Act. And we can and will duke it out for voting rights in the courts. But through it all, we’re going to organize, organize, and organize—and then organize some more.

This is why the work that all of us do is so essential. And it’s a great reason to be proud to be a Democrat.

Campaigning for Democratic Victories in 2022 :

This week, some colleagues and I hit the road. We traveled to Chippewa Falls, Eau Claire, Merrill, Rhinelander, Wausau, the Oneida reservation, Green Bay, Milwaukee, and finally back to Madison. We met with rural county party chairs and members, held roundtable conversations with AAPI leaders, connected with elected officials and tribal leaders, held press conferences, visited the LGBTQ Caucus’s PrideToBe booth, and enjoyed cheese curds and other dairy delicacies in five different Congressional Districts. We made sure the Democratic message was carried on television newscasts all over the state.

Most of all, we listened.

Here’s what we heard.

We heard that Democrats are fired up to re-elect Governor Evers—and absolutely, positively ensure that Rebecca Kleefisch doesn’t win in 2022. We heard that folks love seeing Governor Evers as he travels around the state, and that there is real power in showing up.

We heard that Ron Johnson is an embarrassing disaster as a senator. And at the same time, even though he’s simply terrible at his job, we shouldn’t underestimate him politically. We’ve got to fight all the way through the finish line.

We heard that it’s critical for Democrats to communicate the great things our elected officials are doing, in the medium and with the messenger that will most resonate locally and with the particular community affected. Sometimes that’s a local weekly newspaper. Sometimes pictures speak louder than words. To find the right message, medium, and messenger, ask locally.

We heard a great deal about the issues, work, leadership, and challenges in the Asian-American and Pacific Islander community—and, while celebrating the official formation of the WisDems AAPI Caucus this year, recommitted to working to build our political movement in deep partnership with AAPI Wisconsinites.

We heard that Republicans, even though they’re in disarray at the statewide and national level, are mobilizing locally—particularly in school board races, including recalls, focused on the phantom menace that Republicans (deliberately) inaccurately call Critical Race Theory. In a moment when more honesty and clarity is needed to ensure that Wisconsin students understand the histories of each of the communities that make up our state, Republicans are trying to frighten, divide, and cover up. It’s all of our job to fight back.

We heard that, even though Trump is out of the White House, Democrats across our state know that the menace of Trumpism—and Trump himself—are still very real. Nobody is taking the “off year” as a year off. The stakes are too high.

Thanks so much to all of the great Wisconsin Democrats who welcomed me and our team throughout the state this week—and thanks to everyone committed to the fight for democracy in Wisconsin, and to making this a state that lifts everyone up, no matter where we live, no matter what we look like, no matter whether we’re new Wisconsinites or have lived here for generations.

A trip like this can be exhausting. But at every stop, we found new reasons for hope. Let’s draw strength from the fact that none of us is in this fight alone.

“Most people, myself included, do not have a comprehensive understanding or even any understanding of how elections work,” he said. That’s a direct quote.

If your new mechanic is raising up your car on the lift for an inspection and casually mentions that he doesn’t have a comprehensive understanding—or even any understanding—of how cars work, get your car out of there as fast as possible.

Michael Gableman’s ignorance surrounding elections—and inability to even send a simple email message that doesn’t raise major security flags from IT departments, or issue a typo-free subpoena, or decide what documents he wants cities to send him—illustrates what a complete, ultra-partisan sham this GOP “investigation” is.

Republicans’ attack on Wisconsin’s transparent, legitimate, certified, recounted, confirmed 2020 election is about one thing: creating a pretext to undermine future elections. It’s a ghastly waste of public money and time in order to supplicate to Trump, who lost.

There’s really just one way to answer the attack: we’ve got to fight hard to re-elect Governor Evers who believes in democracy and has demonstrated that he’ll back that up with his veto pen. Gov. Evers is the last line of defense for our democracy. Let’s ensure he’s there for four more years.

Senator Ron Johnson is also playing his part in the Big Lie campaign. When attorney James Troupis filed a lawsuit seeking to invalidate 240,000 votes from Milwaukee and Madison, Johnson was thrilled enough to invite him to present nationally as part of a “hearing” of the Johnson-led Senate Homeland Security Committee.

The GOP Big Lie campaign started in 2016, within one week of Donald Trump’s inauguration. Trump publicly put out the false allegation that 3 to 5 million of the voters who cast votes for Hillary Clinton did so illegally. He ordered, at taxpayer’s expense, an “investigation” headed up by then-Vice President Mike Pence. Subpoenas were issued, intruding into the sacred privacy of the vote.

Of course, Ron Johnson failed to denounce this abuse of office, finding it useful for promoting the GOP agenda.

The Big Lie must stop. The only way that will happen is for us to vote its GOP proponents out of office in 2022. 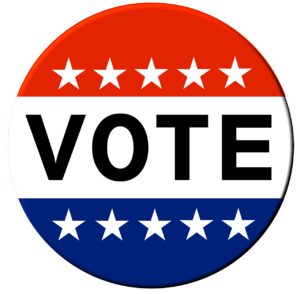